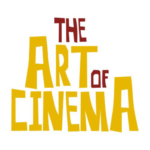 Over 130 films in a career spanning over 6 decades, not a bad CV for the British actor born as Maurice Joseph Micklewhite in March 1933.  Sir Michael Caine has appeared on our screens in films as diverse as The Muppets Christmas Carol in 1992 to iconic classics such as Zulu in 1964.   A w hole spectrum of different roles but often defined on screen by his Cockney accent.

As you might imagine, we have several Michael Caine films in our collection: The Man who Would be King from 1975  may be a slightly lesser known film but his part in the Woody Allen Hannah and Her Sisters earned him his first Best Supporting Actor Academy Award in 1986.

We are always on the lookout for a good poster image, it would be nice to pick up an Austin Powers or more contemporary posters for films such as Inception or Kingsman.

But its great to have this one from The Dark Knight Trilogy in which Sir Michael played the part of the wise old Alfred Pennyworth and this rather dashing image as him from the Billion Dollar Brain.

Nominated for an Academy Award in five different decades, we don’t think we have seen the last of Sir Michael quite yet.